I’ve been thinking of how people are quick to demonize one another, at a time when social divisions are rising in the United States and elsewhere around the world (or what I imperfectly perceive as rising divisions). The phenomenon of Us and Them is ever-present. For a long time people have recognized the pattern that we tend to demonize others who are different from us.

In his work, “A Treatise on Human Nature” (1740), Scottish philosopher David Hume noted that we tend to have a double standard in how we think about “Them” when our country (or whatever group) is engaged in conflict:

“When our own nation is at war with any other, we detest them under the character of cruel, perfidious, unjust and violent: But always esteem ourselves and allies equitable, moderate, and merciful. If the general of our enemies be successful, it is with difficulty we allow him the figure and character of a man. He is a sorcerer: He has a communication with daemons; as is reported of Oliver Cromwell, and the Duke of Luxembourg: He is bloody-minded, and takes a pleasure in death and destruction. But if the success be on our side, our commander has all the opposite good qualities, and is a pattern of virtue, as well as of courage and conduct. His treachery we call policy: His cruelty is an evil inseparable from war. In short, every one of his faults we either endeavour to extenuate, or dignify it with the name of that virtue, which approaches it.”

This blog has been an exercise in sharing some knowledge — and I do try to get things right — but it’s also been an attempt to try to seek out overlooked pieces of optimism. My biases creep in, and I know they are there, but they are mine and I own them. I can see the nastier side of human beings clearly, but I know there is more to us than that. We can’t ignore those things either.

I see humans as evolved, fallible creatures (just like every other species). At least for me, it helps to remember that we are all a single species, that we are all related, that we are obligatorily social and require some degree of connection, that we can overcome difficult circumstances, that people can break cyclical violence, that the universe favors non-zero sum relationships to some degree, that nature is not always red in tooth and claw, that we are flexible and just as predisposed for cooperation as we are for conflict, that we can find ways to reconcile and mend broken relationships, that life is beautiful, and, finally, that we are more alike, my friends, than we are unalike. 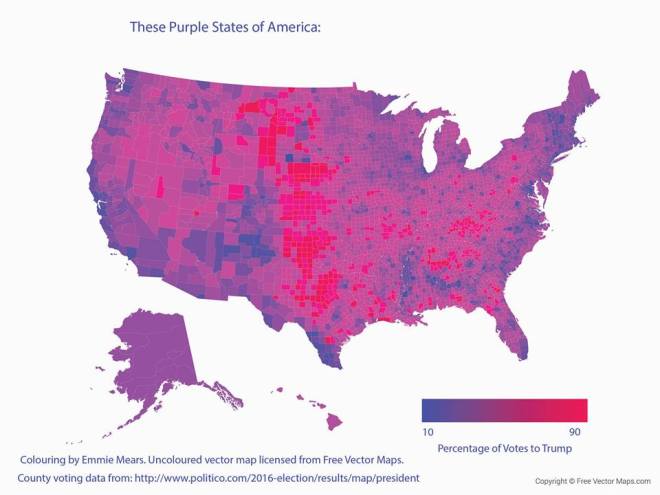 2 thoughts on “Chasing Away the Demons”