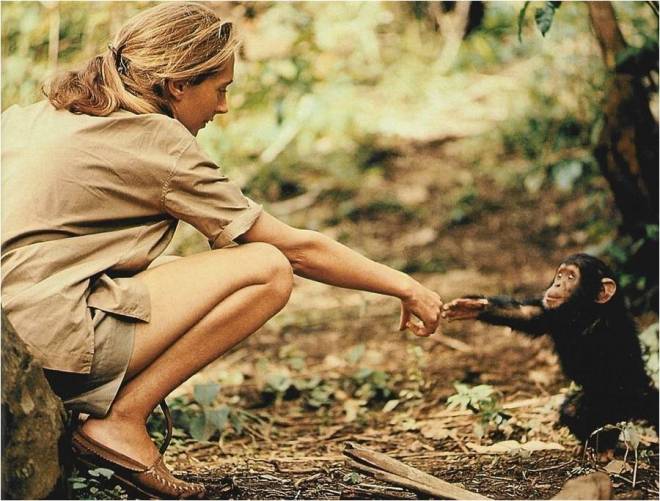 Goodall with Flint as an infant

I use the above photo in many of my classes. It paints an iconic scene of a young Jane Goodall in 1964 reaching out to the infant Flint. From there, I often elaborate on the number of years Goodall invested in her work and life into studying and advocating for chimpanzees, and for nature more generally.

By now, most people have heard that Goodall’s new (co-authored) book “Seeds of Hope” contains not only several lifted passages, but fabricated interviews and poor research. Here is one particularly harsh but even-handed review, which notes that the criticism of Goodall has been muted because of who she is and her long track record as a gentle ambassador of primatology.

I’m not sure how to feel about this. I don’t think anyone is too holy or beyond criticism. But I do think some people have built up enough credibility (over decades!) to buffer themselves against criticism when they slip. Nobody is infallible — not Gandhi, or Martin Luther King, or Goodall. Even Isaac Newton threatened to burn the house down over his mother and stepfather. I’m disappointed in Goodall, but plagiarism by somebody of her caliber and character strikes me as laziness rather than maliciousness.

Pat Shipman asked whether we expect too much of Goodall and others we admire — our heroes and heroines. We probably do. If perfection is the only acceptable standard for admiration, we would spend a lifetime being disappointed. When I look at the big picture and the totality of her life, I am more willing to forgive than for someone who is a repeat offender, who shows arrogance or a lack of contrition, or for someone who committed a more grievous offense.  Goodall has also apologized and expressed dismay at the lack of proper citation. To my mind, this is not an example of someone who is “breaking bad.” She’s still a heroine to me.

3 thoughts on “The Goodall Fallout”